Cat Signal Alert has been issued by the Internet Defense League 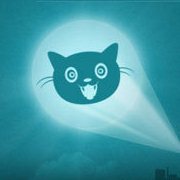 A Cat Signal Alert has been issued by the Internet Defense League:

"We're writing to tell you about a serious threat to Internet freedom, and invite you to take part in an action this Monday, December 3rd. In short, an obscure international meeting next week could give a top-down, non-transparent UN body (one with representation from many dictatorships) the power to regulate the Internet. It's called the ITU. The ITU would literally give dictators like Syria’s Assad (who was trending yesterday for--it seems--cutting Syria off from the Internet) a role in crucial decisions about the Internet’s future. You can learn more here: http://internetcoup.org/ (scroll down for a video . . . ) . . . "

#CISPA is back. Join @EFF in fight for online privacy.